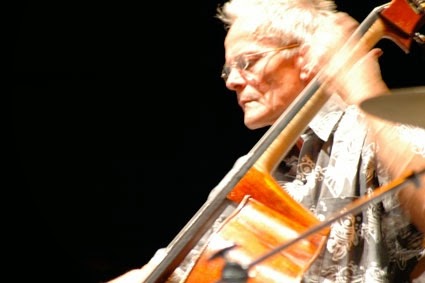 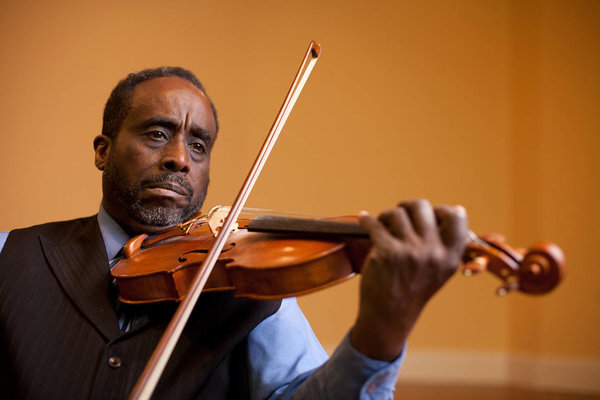 John Blake Jr., the Philadelphia jazz violinist and music educator who toured with Grover Washington Jr. and McCoy Tyner and taught generations of students at the Settlement Music School and University of the Arts, has died.
Blake, who was 67, died on Friday from complications of multiple myeloma according to his son, Johnathan Blake.
The jazz man grew up in South Philadelphia and studied violin and piano at Settlement, before graduating from West Virginia University with a music degree and going on to the Institute of Advanced Studies in Montreux, Switzerland. Returning home, he cut his teeth playing in orchestras and  R & B groups, at churches and community centers and in small clubs in Philadelphia and Atlantic City.
By the late 1970s, he was backing saxophonist Washington in the studio and on the road, playing both keyboards and violin. He concentrated on the latter with pianist Tyner, who recorded two Blake compositions on his 1980 album, Horizon.
Starting with Maiden Dance in 1984, Blake recorded three albums as a leader in the 1980s. He was four times namedDownBeat's Violinist Deserving Wider Recognition. He was nominated for a Grammy for Motherless Child, a 2010 gospel jazz collection featuring his jazz quartet and the Washington D.C. choir Afro Blue. That year, he was named a Pew Center for Arts & Heritage Fellow.
In a 2011 profile in Strings magazine, violinist Christian Howes called Blake "the patriarch today of jazz violin." His students included Regina Carter, Jeremy Kittel of Turtle Island Quartet and Roots drummer Ahmir "Questlove" Thompson.
"He opened my eyes back then when I was 13 saying that music needs to cross boundaries and how I need to be well versed in many a genre not just one particular style of music," Questlove wrote of Blake, who he called "Philadelphia legendary master musician and teacher," on Facebook on Sunday. "Well John just wanna let you know that 13 year old kid heard you loud and clear and literally made a life for himself mixing things and people and objects and cultures and ideas. Thank you very much."
Speaking of the sacred choral music that inspired Motherless Child, Blake told Strings in 2011: "Over the years, I have seen music cross all kinds of barriers—rich, poor, young, old, race, language—and reach those who are sick and many who are healthy. Much of the early music developed by African-Americans was done in the midst of their suffering; whether you are talking about spirituals, blues, or jazz, the roots all go back to the lifestyles of the people from that period, their sufferings, joys, their hopes, and dreams.
“Through my music, I have been blessed and empowered to communicate because of the sacred ground I stand on to share my gift. Hopefully my listeners will be able to find something in the music that will lift them up and make them better in the moment and perhaps beyond."
Blake is survived by his wife Barbara, son Johnathan, daughters Beverly Blake Woodson and Jennifer Blake Watson, sisters Vivian Carson and Charlotte Blake-Alston, and brothers Alan and Elliot Blake. There will be  public viewing at Batchelor Brothers Funeral Service, 7112 N. Broad ST., Philadelphia, on Sunday from 1 to 3:30 p.m. The funeral will be held at Sharon Baptist Church, 3955 Conshohocken Ave. in Philadelphia on Monday August 25th. There will be a viewing at 9 a.m. and services start at 11 a.m.
Below, Blake performs for students at Settlement Music School.
Previously: Taylor Swift releases "Shake It Off," announces new album Follow In The Mix on Twitter