Sometimes a comment made without serious intent can start the wheels of fate. Many Miles Davis fans know there has been a Miles Davis movie in the works for some time. Different proposals emerged over the years, none of them coming to light for varying reasons. Now, however, all Miles fans know that it's here. The movie, filmed inCincinnati, is complete and ready for release. It debuted in New York City the second weekend in October. The final fruition of the film may have been the result of one utterance from the jazz icon's nephew, Vincent Wilburn, son of Davis' only sister and a drummer in the trumpeter's band for a period in the 1980s, touring and recording with the legend.

2016 NEA Jazz Masters Will Be Honored at Free Concert in Collaboration with the John F. Kennedy Center for the Performing Arts in Washington, DC, on April 4, 2016

"In my early years, I was fortunate to have known and even play with some of jazz’s pioneers. Now I...

"This award means so much to me because jazz is deep, a music born out of the deepest struggle of...

"I accept this award with profound humility; that my 'petite chanson' could make a slight breadth of a sound on.
- See more at: https://www.arts.gov/news/2015/recipients-nations-highest-award-jazz-announced#sthash.E0x01YfE.dpuf
Publié par Jazz'à Junas Aucun commentaire: Liens vers cet article

Wilton Felder, Saxophonist for the Crusaders, Dies at 75 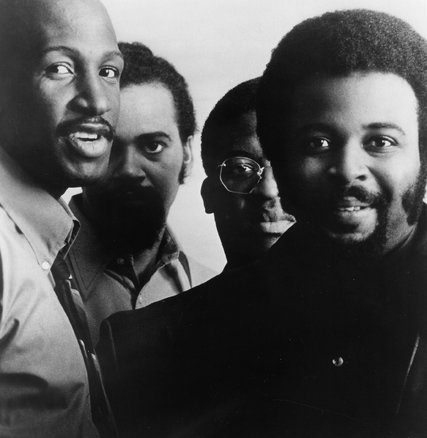 Wilton Felder, who for many years had a successful dual musical career, playing tenor saxophone with the Crusaders and moonlighting as a busy session bass player on records by the Jackson 5 and others, died on Sept. 27 at his home in Whittier, Calif. He was 75.
The cause was myeloma, his son, Wilton Jr., said.
Mr. Felder was a founding member of the Jazz Crusaders, which later became the Crusaders as its sound evolved from hard bop, a driving variation on bebop, to jazz-funk. The group was formed in Houston when Mr. Felder, the pianist Joe Sample and the drummer Nesbert Hooper, better known by the nickname Stix, were teenagers.
Initially called the Swingsters, the group later added the trombonist Wayne Henderson, the flutist Hubert Laws and the bassist Harry Wilson. Mr. Felder, Mr. Sample, Mr. Hooper and Mr. Henderson left Houston in the late 1950s for more promising career prospects in Los Angeles and began calling themselves the Jazz Crusaders.
“I remember the way each of us played and made our sound unique,” Mr. Felder told The Virginian-Pilot in 2006. “There was individual playing within the context of a band. We were a unit with each piece of the puzzle standing out.”
The Jazz Crusaders were one of the more successful jazz groups of the 1960s, when they recorded more than a dozen albums, starting with “Freedom Sound” in 1961. The group’s repertoire included compositions by Mr. Felder.
In an attempt to broaden their audience, the Crusaders dropped the word “jazz” from their name in the early 1970s and added an electric guitar, with Mr. Sample switching his focus to electric piano. (They had already begun moving in a more pop-oriented direction, recording cover versions of hits like the Beatles’ “Eleanor Rigby.”) As the Crusaders, they opened for the Rolling Stones on tour in 1975 and had a Top 40 pop hit in 1979 with “Street Life,” a catchy funk tune with a vocal by Randy Crawford.
“At their best, the Crusaders create a mellow, finger-popping mood,” Robert Palmer wrote in The New York Times in 1977. “Although their sound is less adrenal than that of most jazz-rock groups, they do retain a certain visceral intensity, especially in Mr. Felder’s raw, preaching saxophone solos.”
Continue reading the main story
Mr. Felder also played electric bass with a wide range of musicians, among them Billy Joel, B. B. King, Joni Mitchell, Joe Cocker, Randy Newman and Steely Dan. He took part in numerous sessions for Motown, including the one that produced the Jackson 5 hit “I Want You Back,” which topped the Billboard pop chart in 1970.
Born in Houston on Aug. 31, 1940, Wilton Lewis Felder grew up listening to jazz, blues and country music. He took up the alto saxophone before he turned 10. He had become seriously ill, his son said, and his brother Owen, who played the saxophone, got him one to lift his spirits. He practiced constantly while attending Phillis Wheatley High School, and then studied music at Texas Christian University.
He told The Times in a 1981 article that he developed a big sound out of necessity.
“Most Texas saxophonists used to play in clubs where you didn’t have microphones, and after the early 1940s there were usually electric guitarists who played with their amplifiers turned way up,” Mr. Felder said. “So if you were playing saxophone, in order to be heard, you got a big steel mouthpiece and a hard reed. And you learned to play strong.”
The Crusaders broke up in the 1980s, though they reunited and performed together in different incarnations over the years. Mr. Felder also released a number of solo albums, starting with “Bullitt” in 1969. His most recent was “Let’s Spend Some Time” in 2005.
Mr. Henderson and Mr. Sample both died last year.